As one of the founders of Willow Creek Community Church, Bill Hybels knows the sacrifice that comes with starting a church. At the 2012 Exponential Conference on April 25 in Orlando, Florida, he spoke with church planters about their early successes and struggles planting Willow. And he invited his wife, Lynne, and two grown children, Shauna and Todd to join him for the interview.

Willow Creek began meeting in a theatre in Palatine in 1975 with approximately 100 people in attendance—most of them from a youth group who had met in the suburbs of Chicago. After six years of steady growth, the church took a leap of faith and committed to build a building at its current location in South Barrington.

“When I look out at a crowd like this and see how many of you are in the first five to ten years of a church plant, I just want to sprinkle pastor dust all over you and wish you well,” he said. “I think [church planting] is inherently messy. I think it’s inherently confusing. I think it’s inherently complex. We can help, and council, and bless each other, but one of the toughest things I’ve ever been through is the first five or ten years of planting Willow,” he said.
It was hard on his family, too. “We didn’t have anybody giving us any direction or council,” Bill’s wife, Lynne said. “We weren’t a part of any organization. There were no church planters’ organizations that we knew of back then.”

But as a family they were still able to make some good decisions. “We made a decision that if we had to choose between disappointing people in our congregation or our kids, we would disappoint the congregation because if they don’t like us they can go to another church, but our kids are stuck with us,” said Lynne.

“It was important for us to keep focused on our family while building into the church we were planting,” said Bill. “When our two kids arrived, nothing ever touched me as deeply. The thought of leaving these kids in the jet stream of a fast-moving church was unconscionable to me,” he said. “[My family] is my ultimate, lifelong small group. They are my permanent community. What do you have when you drive away from your church after 35 to 40 years if you don’t have an ultimate community?”

With a belief that after a church planter has established the fundamental commitments and isn’t going to quit, Bill believes it is becomes a matter of managing the commitments. “The idea of bailing on this, and I don’t mean this unkindly, I think it’s the coward’s way out. I think it requires more courage to be a covenant keeper—your covenant with your calling to God, your covenant to your marriage, and your covenant to your children,” he said. “I had to pray to God, that unless you take my life or release me from my call at Willow, I’m going to serve this church with my heart, soul, mind, and strength every day. I’m not breaking that covenant.” 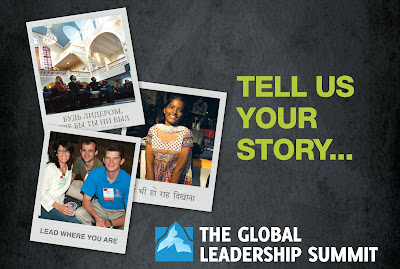 When adding a comment, please make sure to add your name! (This can be done by selecting Name/URL)

Other Blogs I Read